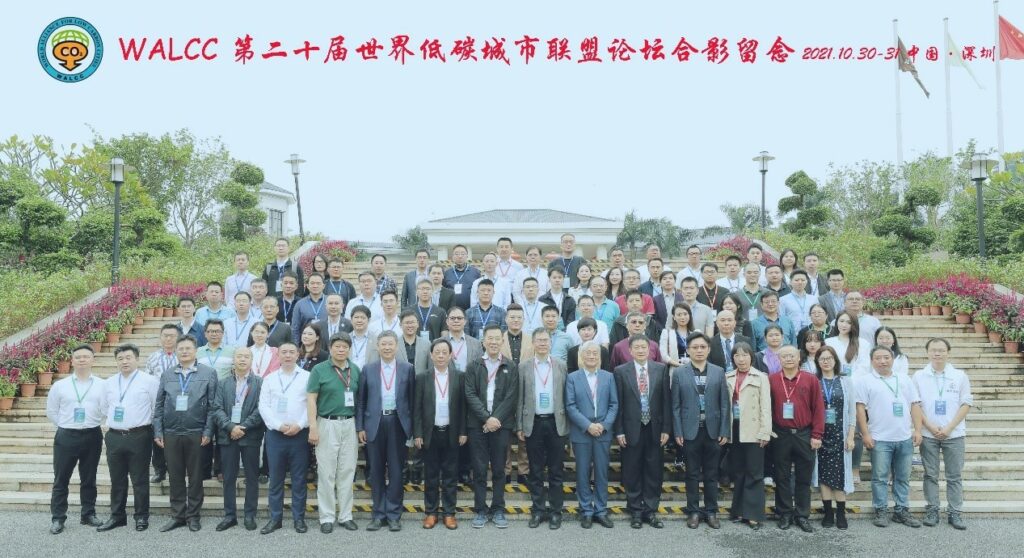 On October 30-31, 2021, the Alliance held its 20th bi-annual Forum in Shenzhen to address the theme of “Carbon Neutrality and Energy Green Transformation”. The Forum explored the transition to carbon neutrality and green energy to contribute to China’s vision towards carbon neutrality by 2060. The Forum was organized by the Alliance together with, Sigs-Imr Carbon Neutralization Research Center of Tsinghua University, Shenzhen Qingxin Power Research Institute, and Zhongqing Low-Carbon Technology Center,

General Secretary Xi Jinping’s 2020 announced at the UN General Assembly China would strive for peak carbon by 2030 and neutrality by 2060, setting in motion a new phase in the country’s efforts to curb climate change. This was strengthened by the CPC Central Committee who, in October 2020, concluded the country must accelerate the promotion of green and low-carbon development, support qualified places to take the lead in reaching the peak of carbon emissions, and formulate an action plan for reaching the peak carbon by 2030. Green sustainable development will now run through all fields of China’s economic and social development in order to achieve peak carbon and carbon neutrality.

Professor Weidou Yan, a member of the Chinese Academy of Engineering, was unable to come to the scene due to travel restrictions and delivered a keynote speech entitled “Innovation-driven development of China’s advanced coal-fired power technology” online. Academician Zhai Weidou believes that to achieve the targets for 2030 and 2060, energy is the main battleground. Reducing the use of coal power is the most significant challenge as well as the action with the greatest impact, without reducing coal power, reaching the targets is impossible. Taking a series of advanced coal power innovation technologies designed by Feng Weizhong, a well-known power expert, as an example, he introduced the cases of super-supercritical, supercritical and subcritical coal power units, and demonstrated the innovative application of China’s ultra-low coal consumption power generation technology; A three-step roadmap with near-zero carbon emissions. Driven by innovation, coal power is actively promoting and encouraging the use of biomass-coupled combustion power generation in active coal power units by upgrading existing coal power units, and vigorously promoting CCUS in the hope of achieving near-zero CO2 emissions from all coal-fired power generation by 2025-2045.

Professor Shiqing Chen, a member of the National Academy of Engineering and a member of the American Academy of Arts and Sciences, delivered a keynote speech entitled “Low-carbon applications based on “Brain Science and AI and Intelligent Supercompensation” to help achieve carbon neutrality. From “the human brain is the world’s lowest energy consumption computing carrier” as the starting point, Chen Shiqing proposed innovative means to build brain science, AI and intelligent super-calculation of low-carbon applications to advance carbon neutrality. At the Forum, Chen cited low-carbon solutions in ten applications, including smart healthcare, education, agriculture, transportation, security, energy, environment, creative, manufacturing, and finance.

Professor Chen Qingquan, Fellow of the Chinese Academy of Engineering, Fellow of the Royal Academy of Engineering and Founding Chairman of the World Electric Vehicle Association, delivered a keynote speech entitled “New Energy Vehicles and the Energy Revolution Boosts Carbon Neutrality” online from Hong Kong. Chen Qingquan believes that the automobile revolution and the energy revolution need to establish the integration of humanities-artificial intelligence-environment, promote the fourth and fifth industrial revolution, and promote carbon neutrality. Chen pointed out that the four-network, four-stream fusion is the evolution path from the fourth to the fifth industrial revolution. Finally, Chen’s characteristics will be Inspiration, Imagination, Innovation, Integration, implementation, and Investment, the six I(eye) metaphors for a person’s six eyes, to go up, down, forward, backward, left and right, to examine all possibilities in all directions, towards the dual carbon goal of solid and effective progress.

On the morning of October 31st, the Forum began with a keynote speech by Kari Lahti of Fortum eNext, entitled “Urban Low Carbon Transformation – Central Heating”.

On the afternoon of October 31st, Professor Zheng Quanshui, a member of the Chinese Academy of Sciences, director of the Institute of Supersliding Technology of Tsinghua University Research Institute in Shenzhen, and president of Shenzhen Zero-1 College, gave a keynote speech entitled “Structural Supersliding Technology and Energy Saving and Energy Saving”. Structural superslide technology refers to how to achieve “lubricant, two solid surface contact coefficients of friction with the slide speed tends to zero and wear zero state” technology. Zheng Quanshui is the world’s top scientist in the field of supersliding. Zheng pointed out that the ubiquitous frictional wear on energy and the environment has a huge impact, 30% of the world’s primary energy consumption by friction, 80% of mechanical component failure caused by wear, resulting in a large amount of carbon emissions, can be the future structure of ultra-slide technology industry applications to bring revolutionary changes. From the perspective of using energy or carbon emissions to solve basic needs, Zheng provides application-side scientific and technological innovation solutions for future low-carbon development.

2021 is the 10th anniversary of the establishment of the World Alliance for Low Carbon Cities as well as the beginning of China’s 30/60 dual-carbon vision. The Alliance wants to work with people from all walks of life concerned about and supporting low-carbon development, China and the world to explore low-carbon development, hand in hand to help China’s dual carbon vision of scientific realization, and work together for a better, greener sustainable human environment! 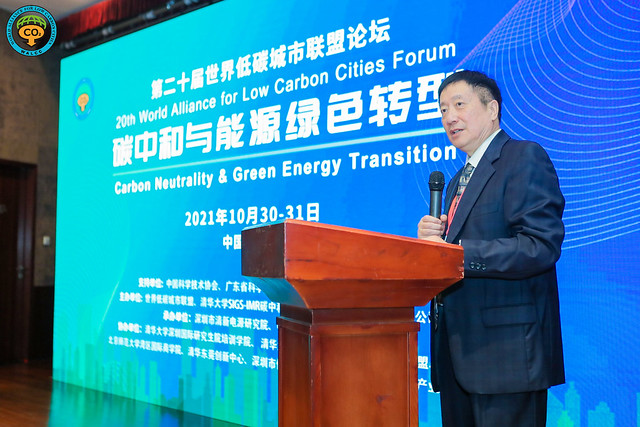